Toyota to Get Back 2700 Cars: Toyota has announced a worldwide recall of 2,700 bZ4X electric cars due to a wheel issue. Tokyo-headquartered Japanese automaker Toyota has unveiled its first all-electric SUV. The bZ4X was launched in India a few months back. It was sold with front-wheel drive (FWD) and all-wheel drive (AWD) options to rival the likes of the Hyundai Ioniq 5 and Kia EV6.

Toyota Motor Corporation announced on Friday that its first mainstream electric car and its full-size pickup trucks, the bZ4X model, may have loose nuts or bolts, causing the wheels to come off. Toyota has recalled 2,700 cars sold so far due to the potential for major accidents.

While the cause is still under investigation, it is reported that the entire wheel may be replaced rather than repaired. Toyota has also requested that no one use the bZ4X electric car until the issue is resolved. 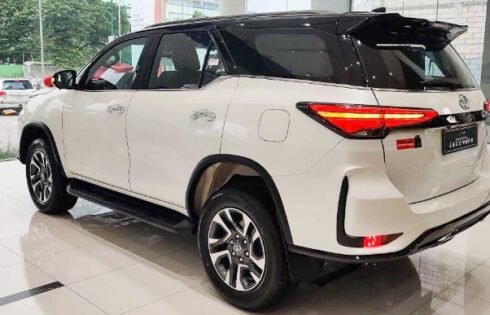 The company plans to build 30 EV models by 2030, and sell 3.5 million electric vehicles worldwide that year. Notably, Toyota is investing 2 trillion yen ($17.6 billion) in battery research and development to achieve such goals.

That said, owners of Toyota BZ4X electric SUVs are advised to stop driving. Because the wheels could fall off the warning is given. This is said to apply to all approximately 260 BZ4X SUVs delivered to customers.

Of the latest recalled vehicles, about 2,200 vehicles went to Europe, 270 to North America, 112 to Japan, and 60 to Asia, Toyota said. They are produced in March and June. The bZ4X, which went on sale two months ago, was seen as a key part of Toyota’s plans to bolster its electric lineup. With electric vehicles already on fire, Toyota’s early detection is commendable.

Lexus ES300h F Sport Caters to Your Wants and Needs