Hyundai Grand i10 Nios Features: In today’s time, there is a situation where everyone has to have a car in their house. According to the demand of the people, the amount of production is also increasing. That way people tend to buy certain premium brands more. One such brand is Hyundai. This company is introducing new models of cars every year. Now Hyundai Grand i10 has introduced a new variant of Nios.

The Hyundai Grand i10 is based on the Nios Corporate Edition Magna trim. It also comes with either a 5-speed manual or an AMT transmission option. A 1.2-liter petrol engine powers it. So it is expected to get a better mileage experience. The AMT transmission-equipped variant is priced at Rs 6,97,700 (ex-showroom). The interior and exterior aesthetics of this new version of the car are appealing to the customers. It features an all-black interior with red inserts on the seats and AC vents. 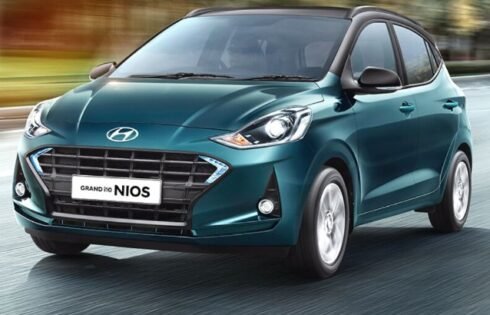 Apart from this, many new features have been added to the corporate edition. The exterior is fitted with updated 175/60 ​​R15 gun metal-styled wheels. It also has rub rails. The rear has chrome trim. It also has the corporate logo engraved on it. Its ORVM portion is painted black. Similarly, gloss black radiator grille colors have been used for other body parts.

Next, the interior of this car has a 6.75-inch touchscreen infotainment system. Also, smartphone mirroring is done through navigation. Electric folding ORVMs with LED turn indicators are standard on the outside mirror.

Tarun Garg, Director, Sales, Marketing & Service, Hyundai Motor India Limited said, “The Hyundai Grand i10 Nios comes with unique and innovative aesthetic enhancements. Along with advanced technology, we are confident that the Corporate Edition will appeal to sporty and customer preferences. A great hatchback too.” He mentioned that.